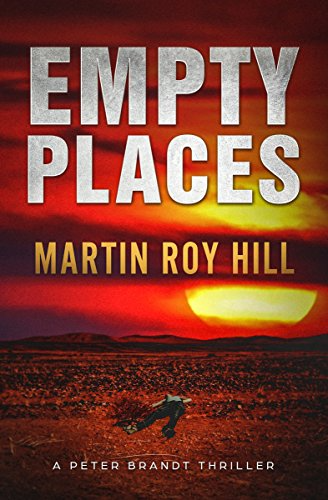 I had a chance to learn more about author Martin Roy Hill. Martin has quite the storied career as a reporter, a newspaper and magazine editor, and a military analyst. Great fodder for brining to life his series character, Peter Brandt!

The Peter Brandt series is one of three ongoing series I am writing. The first in the series, Empty Places, was actually the first novel I wrote—or, perhaps, I should say finished—but it wasn’t my first novel published. As my first book, I obeyed the adage: Write what you know. I spent twenty-plus years in journalism as a hard news reporter, crime reporter, and investigative reporter, so Peter also took on that background. As I often tell interviewers, many of the ghosts that haunt Peter are my personal ghosts, based on things I witnessed during all those years of reporting on murders, corruption, disasters, etc.